Edna Santizo is a Court Certified Interpreter with the California Judicial Council, a Conference and Community Interpreter, and she is also a translator. Her areas of expertise include education, immigration, social and environmental justice, government and policy, community activism and leadership skills development. Her experience includes interpreting for non-profit, community-based, government and international organizations, and private sector clients. Edna is originally from Guatemala City, Guatemala.

Edna has been a member of the American Translators Association (ATA) since 2010, and a member of its Spanish Language Division (SPD) for the same number of years. In 2016, she was invited to join the Division’s Leadership Council as a member of the Digital and Social Media Committee. In 2017, she was appointed Chair of the same committee, that opportunity offered her a platform to learn about the inner workings of the SPD. Since joining the SPD Leadership Council, Edna has had the pleasure of supporting the SPD Administrator and Assistant Administrator with various division-related tasks and roles, including: Volunteer in SPD organizing committees for SPD annual dinners and activities (2017 – present); member of several SPD committees, including: Digital and Social Media Committee, Hospitality Committee and Podcast Committee; contributor to the Student Involvement Committee; member of the organizing committee that contributed to the success of a quality training and professional development event in Miami, Florida; volunteer as the Chair of the Nominating Committee for the ATA Translation Company Division (2019-2020). 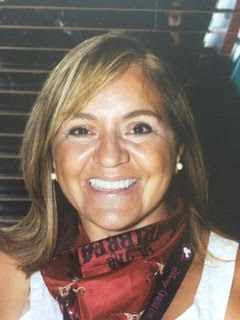 Andy Benzo is an internationally recognized expert in legal translation, working professionally in the field for over thirty years. Andy earned her degrees and certifications in technical, scientific, and legal translation in her native Argentina. She was employed by the Exxon Corporation to train its employees in commercial translation and was a lecturer in the regional Professional Translators Association. Subsequently in 1996, she received her Lawyer degree from the Universidad National de Rosario and became a practicing attorney in Argentina. She continued her contributions to the educational community by lecturing in Political Law and developing a postgraduate course in Legal English Translation which she taught at the University Law School.

Andy is certified by the American Translators Association (ATA) for English/Spanish translations and is a frequent lecturer at ATA annual conferences and its Spanish Language Division conferences. She has been invited to give presentations at many other international conferences, including the XI Congreso Internacional de Traducción e Interpretación in México, past Spanish Language Division mid-year conferences, congresos internacionales de UNINTERLingua Comunicación, V Congreso Latinoamericano de Traducción e Interpretación, and FIT (International Federation of Translators) World Congress.

In addition to her roles as member the SPD Professional Development Committee (PDC), co-chair of the Podcast Committee and podcast co-host, Andy is honored to serve as SPD Assistant Administrator.

The Spanish Language Division (SPD) is a language group within the American Translators Association (ATA) for translators and interpreters with Spanish as either their source or their target language.

Listen to our ATA SPD Podcast